Appalachian Shrine Club was chartered on October 20th 1987. Our charter was issued by Yaarab Potentate Hoyt Padget with Noble Frank O. (Red) Carson serving as our first president. Appalachian club serves Towns and Union Counties with members from both. Through the years, our club has sponsored several children and teenagers to shriners hospitals including Greenville and Philadelphia.

Appalachian club conducts three fund raising campaigns each year, Yaarab Temple’s annual circus crusade, The annual Shrine Hospital Crusade and a local club fund raiser, supporting club sponsorships, along with other projects to better further our cause, all of which is possible through the generous support of citizens and sponsors in our area. We hold events during the year for members and their families for fun and fellowship.

Appalachian club remains active and vibrant in our communities as we continue to serve children in need.

In 1870, several thousand of the 900,000 residents of Manhattan were Masons. Many of these Masons made it a point to lunch at the Knickerbocker Cottage, a restaurant at 426 Sixth Avenue. At a special table on the second floor, a particularly jovial group of men used to meet regularly.

The Masons who gathered at this table were noted for their good humor and wit. They often discussed the idea of a new fraternity for Masons, in which fun and fellowship would be stressed more than ritual. Two of the table regulars, Walter M. Fleming, M.D., and William J. Florence, an actor, took the idea seriously enough to do something about it.

Billy Florence was a star. After becoming the toast of the New York stage, he toured London, Europe and Middle Eastern countries, always playing to capacity audiences. While on tour in Marseilles, France, Florence was invited to a party given by an Arabian diplomat. The entertainment was something in the nature of an elaborately staged musical comedy. At its conclusion, the guests became members of a secret society.

Florence, recalling the conversations at the Knickerbocker Cottage, realized that this might well be the vehicle for the new fraternity. He made copious notes and drawings at that initial viewing and on two other occasions when he attended the ceremony, once in Algiers and again in Cairo. When he returned to New York in 1870 and showed his material to Dr. Fleming, Fleming agreed.

Dr. Walter Millard Fleming was a prominent physician and surgeon. Born in 1838, he obtained a degree in medicine in Albany, N.Y., in 1862. During the Civil War, he was a surgeon with the 13th New York Infantry Brigade of the National Guard. He then practiced medicine in Rochester, New York, until 1868, when he moved to New York City and quickly became a leading practitioner.

Fleming was devoted to fraternalism. He became a Mason in Rochester and took some of his Scottish Rite work there, then completed his degrees in New York City. He was coroneted a 33Â° Scottish Rite Mason on September 19, 1872.

Fleming took the ideas supplied by Florence and converted them into what would become the Ancient Arabic Order of the Nobles of the Mystic Shrine (A.A.O.N.M.S.). While there is some question about the origin of the Fraternity’s name, it is probably more than coincidence that its initials, rearranged, spell out the words “A MASON.”

With the help of other Knickerbocker Cottage regulars, Fleming drafted the ritual, designed the emblem and ritual costumes, formulated a salutation, and declared that members would wear a red fez.

The initiation rites, or ceremonials, were drafted by Fleming with the help of three Brother Masons: Charles T. McClenachan, lawyer and expert on Masonic Ritual; William Sleigh Paterson, printer, linguist and ritualist; and Albert L. Rawson, prominent scholar and Mason who provided much of the Arabic background.

The Emblem
The Crescent was adopted as the Jewel of the Order. Though any materials can be used in forming the Crescent, the most valuable are the claws of a Royal Bengal Tiger, united at their base in a gold setting. In the center is the head of a sphinx, and on the back are a pyramid, an urn and a star. The Jewel bears the motto “Robur et Furor,” which means “Strength and Fury.” Today, the Shrine emblem includes a scimitar from which the crescent hangs, and a five-pointed star beneath the head of the sphinx.

The Salutation
Dr. Fleming and his coworkers also formulated a salutation used today by Shriners â€” “Es Selamu Aleikum!” â€” which means, “Peace be with you!” In returning the salutation, the gracious wish is “Aleikum Es Selamu,” which means “With you be peace.”

The Fez
The red fez with a black tassel, the Shrine’s official headgear, has been handed down through the ages. It derives its name from the place where it was first manufactured â€” the holy city of Fez, Morocco.

Some historians claim it dates back to about A.D. 980, but the name of the fez, or tarboosh, does not appear in Arabic literature until around the 14th cen-tury. One of the earliest references to the headgear is in “Arabian Nights.”

But the organization was not an instant success, even though a second Temple was chartered in Rochester in 1875. Four years after the Shrine’s beginnings, there were only 43 Shriners, all but six of whom were from New York.

The Imperial Council
At a meeting of Mecca Temple on June 6, 1876, in the New York Masonic Temple, a new body was created to help spur the growth of the young fraternity. This governing body was called “The Imperial Grand Council of the Ancient Arabic Order of the Nobles of the Mystic Shrine for the United States of America.” Fleming became the first Imperial Grand Potentate, and the new body established rules for membership and the formation of new Temples. The initiation ritual was embellished, as was the mythology about the fraternity. An extensive publicity and recruiting campaign was initiated.

It worked. Just two years later, in 1878, there were 425 Shriners in 13 Temples. Five of these Temples were in New York, two were in Ohio and the others were in Vermont, Pennsylvania, Connecticut, Iowa, Michigan and Massachusetts.

The Shrine continued to grow during the 1880s. By the time of the 1888 Annual Session (convention) in Toronto, there were 7,210 members in 48 Temples located throughout the United States and one in Canada.

While the organization was still primarily social, instances of philanthropic work became more frequent. During an 1888 Yellow Fever epidemic in Jacksonville, Fla., members of the new Morocco Temple and Masonic Knights Templar worked long hours to relieve the suffering populace. In 1889, Shriners came to the aid of the Johnstown Flood victims. In 1898, there were 50,000 Shriners, and 71 of the 79 Temples were engaged in some sort of philanthropic work.

By the turn of the century, the Shrine had come into its own. At its 1900 Imperial Session, representatives from 82 Temples marched in a Washington, D.C., parade reviewed by President William McKinley. Shrine membership was well over 55,000.

YAARAB Shrine of Atlanta
YAARAB Shriners of Atlanta was founded in 1929. Original headquarters were in the Fox Theatre and later at 400 East Ponce de Leon Avenue in Atlanta in 1964.

How to be a Shriner 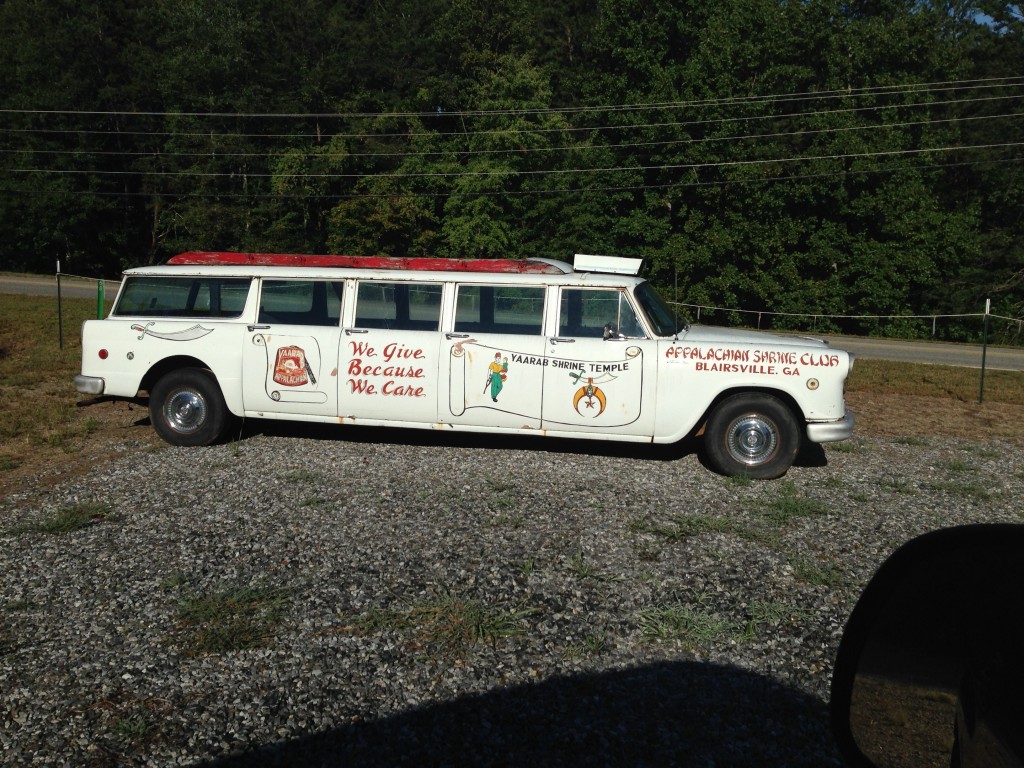 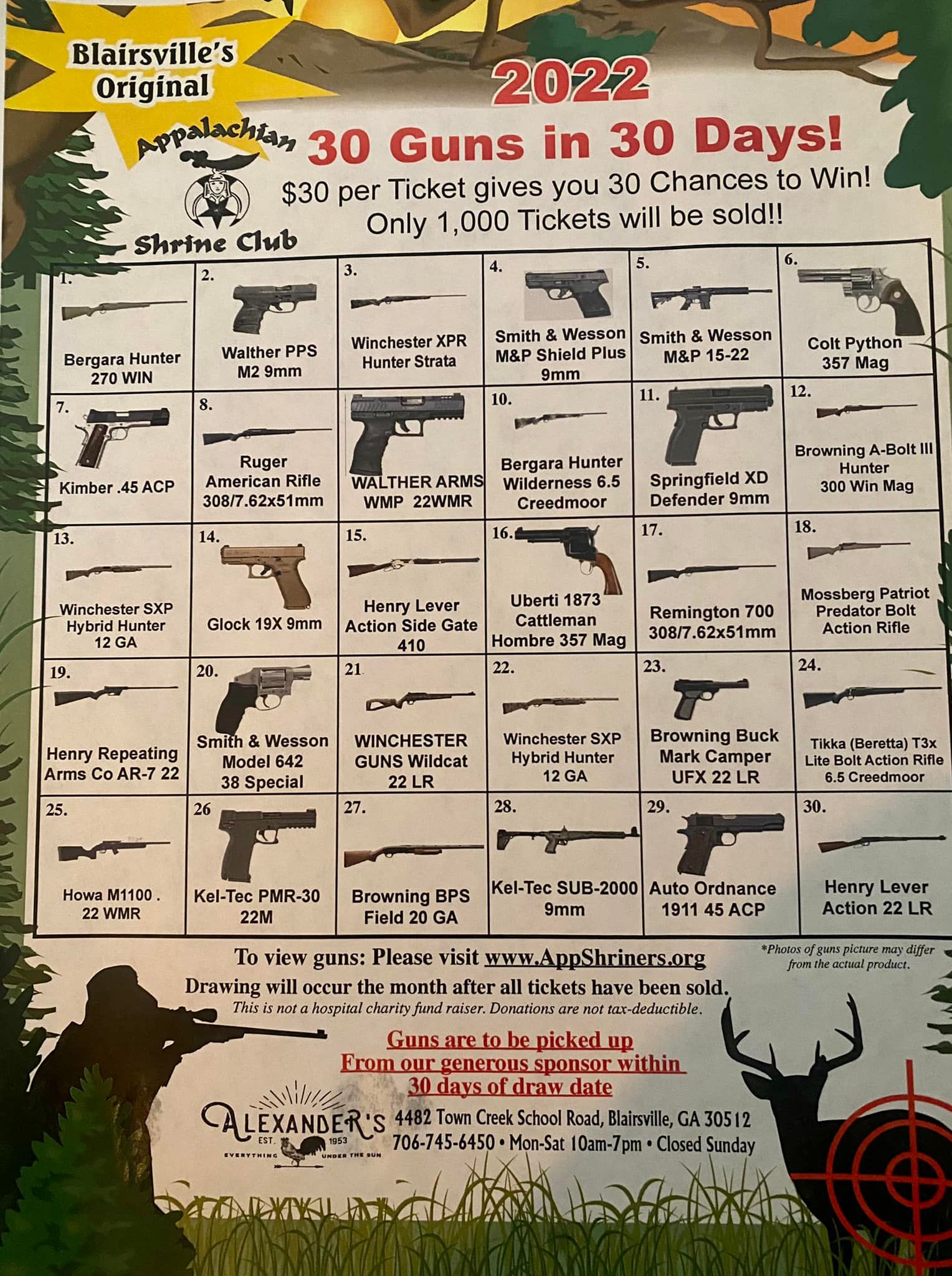